Pictures of our new house

So Jenny and I recently bought a new house. It’s still in escrow for the next few weeks but we were able to get into it today while they were doing an inspection, and take a lot of pictures. Again the house is still in escrow so we won’t be able to move in until the end of March. It works out perfect though because the lease on our current house runs out at the end of April, so that gives us a solid month to move in. Moving sucks, but having a month to slowly and steadily do it will help.

We’re also getting all new appliances and putting new tile down on the floors of the kitchen and bathroom. Those two things will be done before we start moving in. Some other things we’d like to do include getting new counter tops and cabinets, as well as eventually building a back patio with landscaping. 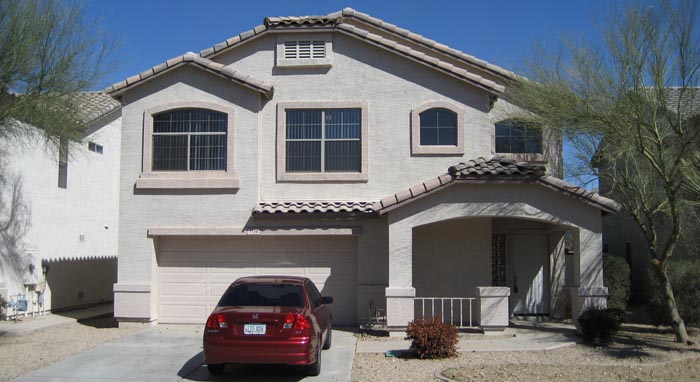