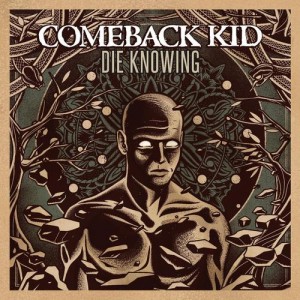 Earlier this year Comeback Kid released their latest album titled Die Knowing. I haven’t listened to these guys in a few years. They did create one of my favorite songs ever, Wake the Dead (which is now several years old). They had some other decent songs but overall I wasn’t a big, big fan.

Enter Die Knowing. Some major changes occurred with the band between then an now. Members of the band have been added and removed, including a new singer (granted a lot of this happened a while ago, but I’m just learning about it now). Also, the band has become more hardcore, which is usually good in my book.

Unfortunately, Die Knowing suffers from the same issues that I found with Comeback Kid’s previous albums; the album contains a few good songs, but overall the album is just so-so. This is mainly just personal preference as music is obviously highly subjective.

Check out their latest music video below and let me know what you think. This song (Should Know Better) is definitely my favorite on the album.