Lara Croft is back…sort of 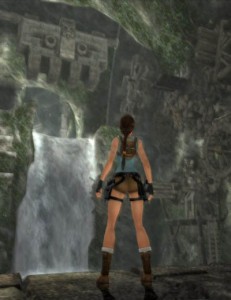 I’ve always liked the Tomb Raider games. Sure there were a couple that were definitely sub-par, but since the beginning I’ve played through each one. Just last year I was scrounging through my old PC game discs when I came across the original Tomb Raider. I thought about installing it and reliving some memories, but one quick sight of those wonderful 1996 graphics and I decided against it. Well luckily I can now play through the original game again only this time in our current gen graphics with Tomb Raider’s latest game called Tomb Raider: Anniversary.

Tomb Raider: Anniversary (TRA) is a remake of the original game, though updated for today’s current gen expectations. TRA plays pretty much exactly like the previous game, Tomb Raider: Legend. There’s a lot of climbing, hanging, jumping, falling, swinging, and all sorts of other acrobatic moves. And really that’s what I love best about the Tomb Raider games; the climbing or scaling aspect. Hanging from a ledge 1,000 feet up by your fingertips, hoping that you can jump and clear the gap to the next ledge only to realize that maybe this is the wrong way. And TRA does this wonderfully. Sure it can get frustrating when you can’t quite clear a gap and end up falling to your death a dozen times. But when you do finally do make it, there’s nothing more satisfying.

The gun-play in this game is the same as before, and really, the same as it’s always been. You can lock onto enemies and then run and gun to stop your opponent in their tracks (be that rat, wolf, bear, raptor, gorilla, lion, mummy, or even T-Rex tracks). But TRA did introduce a new type of gun-play element called Adrenaline Dodge. With Adrenaline Dodge you shoot at your enemy until they become enraged. When that happens, they’ll charge you at which point you can go into the slow motion (adrenaline) dodge. While doing this you can lock you gun sights on the enemy’s head and perform a head shot. It sounds complicated but once you figure out how to do it, it becomes pretty simple. It took me awhile to figure it out, but you’ll want to learn how to do it quickly because performing Adrenaline Dodges is required to defeat certain bosses. 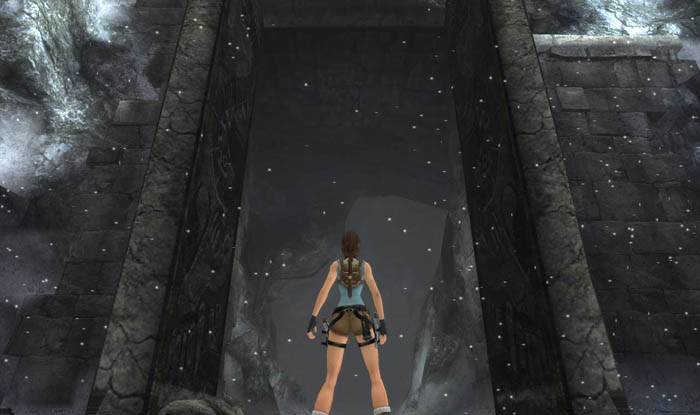 For my sake (in case I ever forget), here’s how to do an Adrenaline Dodge: Lock your weapons onto an enemy (hold the right mouse button for PC), and start shooting at it (left mouse button) until it becomes enraged (you’ll know when this happens because the enemy will stop, roar, and a little halo of light will flash around their head – or for bosses just watch their rage meter in the top right corner of the screen). The enemy will then charge you (most of the time). At this point stop shooting, but keep your guns locked onto the enemy. When the enemy gets close to you, the screen will get blurry and slow down, at which point you’ll want to press and hold a direction key and Shift (for PC). This will have Lara dodge the enemy by diving out of the way in slow-mo (remember to keep your weapons locked on the enemy). At the same time this happens, you should see two gray targeting reticules move across the screen toward each other. They’ll finally come together on the enemy’s head and turn red. At this point fire your weapons to perform a head shot. The head shot will either kill the enemy instantly or stun it if it’s a boss. *whew*

Like I mentioned above, TRA is a remake of the original Tomb Raider game. The original story is back, along with your favorite levels, enemies, and weapons. But of course everything has been upgraded. The levels are now more in depth and require a lot more puzzle solving to complete them. But your favorite places and scenes are still there, like the entrance to the Peru tomb at the beginning of the game, or the Lost Vally with the T-Rex, or the ancient underground Colosseum from Greece. Witnessing those sights again was great.

As far as the game’s graphics and sounds go, they’re top notch. The graphics are great and really help to make those far away, lost tombs seem much more lush and realistic. The game shows off certain effects like depth of field view, where certain items at different lengths may seem blurry, or HDR, where bright areas are really bright and shiny in the game and almost give off a glow effect. And of course, Lara looks great (graphically speaking of course *ehem*). And she looks even better when she climbs out of the water and is all wet and drippy (*ehem* graphically speaking of course *ehem*).

TRA also introduces commentary to levels. Similar to Valve’s commentary in their Half-Life 2 games, players can replay through levels and stop to hear commentary from the game’s developers. I loved it in Half-Life 2: Episode Two and I love it in TRA. I really enjoy hearing the thoughts of the developers as they created the game. It seems to be a great trend that’s catching on.