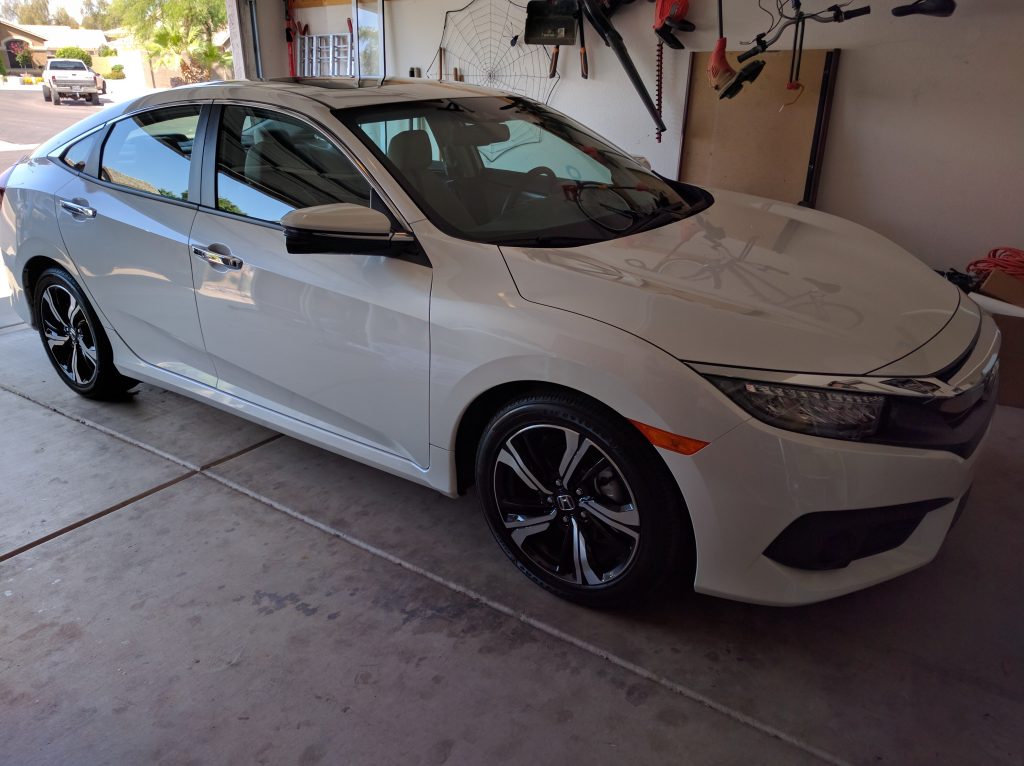 After eight long years I finally traded in our older 2008 Civic for a new 2016 Civic. The 2008 model was great and served me well, but it had over 135,000 miles on it and was starting to nickel and dime me here and there. So we upgraded by trading in our 2008 EX model for a brand new 2016 Civic Touring Edition.

I decided to stick with Honda and a Civic in particular because the car still hits all my requirements. It’s well made, great looking, feature packed, and affordable. Originally, I wanted to get the EX-L which is the higher end model of the Civic with leather interior. Unfortunately, it was impossible to find this model with the exterior and interior colors that I wanted (white outside, beige inside). The next model up (Touring Edition) was available in the colors I wanted and came with many additional features with a manageable price increase.

I’ve had the car for a day now and love it. No regrets. Let’s hope I get another great eight years from this car as well.