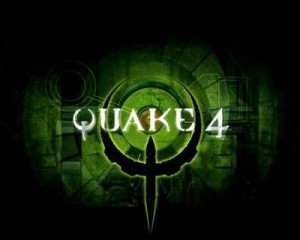 This review has some spoilers in it. So if you don’t want your Quake 4 experience ruined, then don’t read this review.

Overall, I liked the game and would give it a 7/10 rating. The graphics are definitely top notch, though some of the outdoor backgrounds (skies) look a little dated. But that aside the Doom 3 engine really shines in this game. And I love my PC. I can play this game at 1600×1200 – 4x AA – High Settings with no lag at all.

The AI was surprisingly decent in this game as well. Your squad mates take cover, and kill enemies rather efficiently. The enemies strafe and dodge fire like crazy (drives me crazy that I cant hit them!!)

The vehicles are cool and help break up the game play. Riding/manning the gun on a truck was fun, and so was driving the hover tank. I didnt really like the mech though as it was kinda hard to control and unresponsive (but hey, its a mech).

The Stroggification process was brutal! Damn is was cool, I actually cringed while going through it. In this scene you’re pretty much stapped to a stretcher on an assembly line. On this assembly line you watch helplessly as your body gets mutilated into this half machine/half human warrior. Oh is it gory! Too bad it really doesnt have any effect on the plot or anything…oh well.

The beginning of the game was very fun. A lot of open areas and squad mates to work with. But later through the game it starts to feel more and more like Doom 3. You’re alone, its dark, and enemies are jumping out at you. Kinda got repetitive.

I haven’t got to mess with the multiplayer yet but heard it’s fun. You Quake 3 fans will enjoy Quake 4’s multiplayer. Pretty much the developers just took the Quake 3 multiplayer and converted it into Quake 4 which includes Q4’s graphics, weapons, and what not.

The game is really short though (about 10 hours long). And unless you like Q3/Q4 multiplayer, you’ll find that this game has a low replay value.

On a side note, I almost returned the game when I first got it. I would install the game on my PC just fine but couldnt start the game! Every time I would try I would instantly get an error that Quake 4 has encountered an error and needs to close. I tried re-installing and restarted the PC a few times, but could not get the game to work. I finally got it working by installing the no-cd crack exe.

I liked the game and would play through it again. I recommend this game to any Quake, Doom, or Half-Life fan. Pretty much anyone who likes fps games will enjoy this game.