Signed and Sealed in Blood – New album from Dropkick Murphys 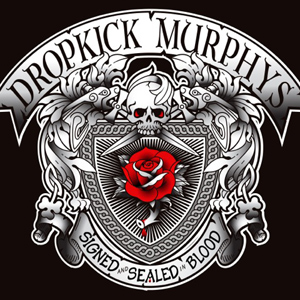 The latest album from Dropkick Murphys, titled Signed and Sealed in Blood, has just been released. First impressions are very good. The beginning track is titled The Boys are Back. It’s a great song that helps set the tone for the rest of the album.

Dropkick Murphys’ Irish and Boston heritage shine through clearly on this album. There are plenty of Celtic themes and songs that stay true to the band’s punk origins. There are also a few select songs that are slower and more melodic. Both styles fit the band perfectly are are well received on this album.

If you are a fan of Dropkick Murphys then you will enjoy this album. As a fan myself, I find this to be one of their best albums so far. So give this album a shot. I don’t think you’ll be disappointed.  You can also check out their new video from this album below: