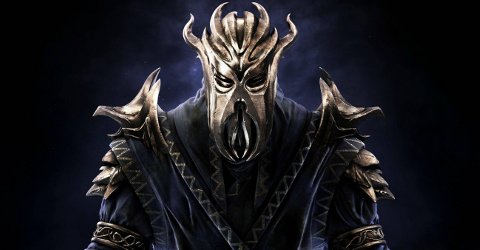 On February 5 the latest DLC for Skyrim called Dragonborn was finally released for PC. Since that day I have been marching my character through the island of Solstheim and other new areas included in this expansion. So far the journey has been pretty captivating with an interesting main story and dozens of side quests to tackle.

Unlike the Dawnguard DLC, Dragonborn mostly takes place outside the Skyrim region on an island called Solstheim. Here the very first Dragonborn is causing havoc, and as the protagonist it’s your job to stop him. Similar to Dawnguard, Dragonborn does introduce a lot of new content, including armors, weapons, characters, and enemies.

The island of Solstheim contains features from both Skyrim and Morrowind. Unfortunately, having barely played Morrowind I feel like I’m missing some feelings of nostalgia. Fortunately though, this DLC doesn’t require any in-depth knowledge of Morrowind to play.

The island contains snowy mountains along with Nordic and Dwemer ruins similar to what’s found in Skyrim. There is also plenty of Dunmer and buildings with similar architecture to those found in Morrowind. Off in the distance you can see the smoldering Red Mountain of Vvardenfell.

As with most Bethesda games the main story is pretty weak. Basically there’s this power-hungry Dragonborn who is trying to conquer the world and your job is to stop him. There really is no twists, turns, or unexpected things in this plot. The only really good thing about this is the involvement of Hermaeus Mora.

The Daedric Prince, Hermaeus Mora plays a big part in this DLC. Using his Black Books, you can travel to and from his realm called “Apocrypha”. This realm is very well done and quite creepy. With shifting hallways, oozing pools of acid, grasping tentacles, and tough enemies, Apocrypha is one of my favorite Daedric realms so far (despite it being linear).

I feel Dragonborn is the best DLC for Skyrim so far. Dawnguard was good, but I’m enjoying Dragonborn more. I could be the fact that I like interacting with the Daedric Princes more than vampires. Either way, if you’re a fan of Skyrim then you have to get Dragonborn. Just don’t expect to be wow’d by the main story.