Good news everyone! Futurama has a future 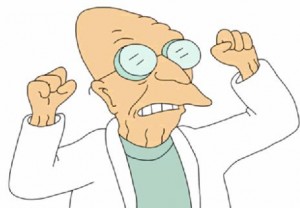 I love Futurama. In fact the more I think about why I like it, the more I like it. I just find it to be extremely smart and funny. The shows creators Matt Groening and David X. Cohen did a great job creating this show. Obviously Matt Groening also created The Simpsons – another one of my favorites – and brought all his talent over for Futurama.

Well, unfortunately Futurama met its demise in 2003 when FOX cancelled the show. The reason it failed was…well…because of poor ratings. But I believe it was FOX’s fault that the show didn’t do so good. You see to FOX, Futurama was kind of a side project, or orphan show, that came with long gaps in between episodes and unfavorable time slots  Damn FOX doomed Futurama, kind of like how they originally doomed Family Guy.

Anyways, talks are underway between FOX and the producers of Futurama to make a “limited” number of new episodes. I’m hoping and crossing my fingers that this deal goes through and they bring back the show. Futurama is following the same path that Family Guy did. First it was cancelled, then it gets great ratings in syndication on networks like Cartoon Network’s ‘Adult Swim’, and finally it makes an impressive number in DVD sales. Let’s hope this is enough to make FOX bring back the show.

And for a time killer, check out some great moments from Futurama here: The 25 Best Futurama Moments Ever. And don’t forget to support Futurama by watching it on Adult Swim and by purchasing their awesome DVDs. In the great words of Dr. Zoidberg, “WOOB WOOB WOOB WOOB!”