The best Doom fan fiction ever 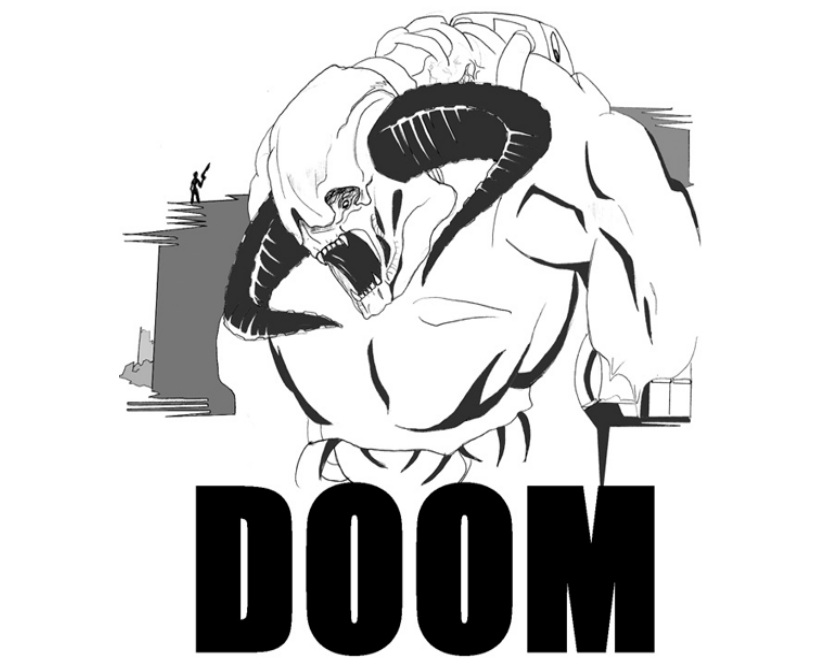 I am of course talking about the amazing fan fiction written by Nick P (not me). Also known as Spineless-Mush over at PortalForums.net. This book is simply called DOOM and is, as you guessed, based off the Doom universe. Through the upcoming years that eventually lead to the release of Doom 3, I read a bunch of fan fictions based off Doom. And while the Doom universe itself lacks any real story or dept, it does contain some of the coolest monsters and environments I’ve ever seen in a game (or movie for that matter). But most authors of these fan fictions couldn’t put these aspects into a dark, demented, engrossing, and most off awesome story that Nick P. wrote.

This 300+ page fan fiction actually includes two books. Book I being called The Shores of Hell and Book II: Hell on Earth. I originally read this story some years ago when Nick first released it and I just discovered it again a few weeks ago. So I anxiously read through the entire novel again. A really good read and by far (IMO) the best Doom related story ever. The people behind the Doom movie should of used this as their story instead of that shit they came up with. Sure turning a book into a movie isn’t easy and in this case it’d be damn near impossible, but it would of been better.

Like I stated above, the novel is split into two books that run -amazingly- together. For me Book I starts out kind of slow. Some parts of it seem kind of cheesy and may turn some people away. But like any book, you need to keep reading. And again, just like any book, the beginning helps to establish the setting and characters. We see some great character development in Book I. So don’t be put off if some of the characters seem kind of ‘goofy’ at first.

While Book I gets the story going and gets you into the novel, Book II really sets it off. Book II throws some crazy twists your way and is a lot more action packed than Book I. We also seem some more great character development as insanity takes over some characters. Book II definitely had me hooked all the way to the end. I HAD to know what happens and how it’s going to end. And while some people didn’t like the ending, I thought it was great and definitely not typical.

What I liked mostly about this novel was how dark and disturbing it was. It’s like what the original creators of Doom tried to create: fear and suspense. While it’s really hard for a book to be scary, this novel came really close. Some scenarios in this novel were so suspensful that I found myself reading at 100 miles per hour. Whew. I had to stop and take a break every now and then.

So if you get a chance, download the books and start reading them, especially if you’re a Doom fan or at least played any of the games. After reading the books again for a second time, I just had to give credit to Nick P. (Spineless-Mush) for his great writing and effort.